In every human endeavor, the need to hold meeting will arise in many different and diverse situations. All meetings are subject to procedural rules and regulations of the particular institution that has convened the meeting. The rules why there are rules and regulations is so that the participants at a duly convened meeting can transact business in a lawful manner and so that they will be able to debate and discuss issues in an orderly manner. 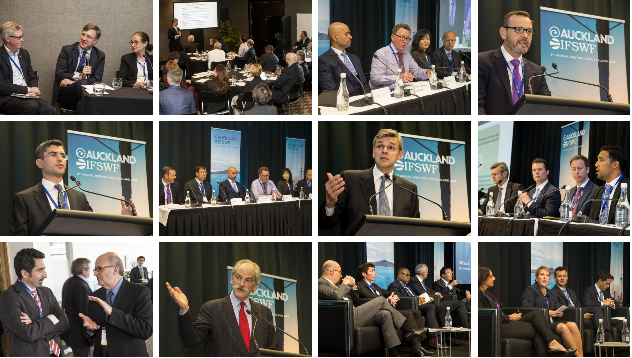 Effective participation of members in general meetings depends on members knowing and understanding meeting procedures. “MEETING & CONFERENCE PROCEDURES: A TOOL FOR SECRETARIES” is a practical reference guide on how to conduct meetings and conferences for secretaries, administrators, directors, legal professionals and all other organizations that hold formal meetings

A meeting is an assembly of persons for a lawful purpose or the coming together of a number of persons for the discussion and consideration of matters of common interest or matters for which are common to the generality of mankind.

The legal definition of meeting could be deduced from the case of Sharp v. Dawes (1876). A meeting of a was called to make a call. Out of several shareholders only one turned up. He had the proxies of other shareholders. He himself took the chair and passed a resolution making the call. It was held that the call made was invalid since there was no meeting. In this case a meeting was defined as: an assembly of people for a lawful purpose or the coming together of at least two persons for any lawful purpose.

The basic key elements in this definition are plurality and lawfulness. It means that a meeting usually consists of two or more persons and must be for lawful purpose.

Modern Technology and the concept of Meeting

The advances in modern technology enable that debate and discussion can take place without the need to be physically present in the same venue. Adequate audio-visual links that enable people in different locations to see and to be seen, to hear and to be heard will be accepted as constituting a valid meeting.

The use of modern technology in relation to meetings was not universally accepted. In the case of Re Associated Color Laboratories Ltd (1970), it was held that two persons were unable to hold a meeting by telephone. The effect of the decision was reversed in respect of meetings of directors by subsequent legislation, and it is now well established that a meeting can be held with participants at more than one venue where there is two-way, real time communication between the participants.

Meetings can be from the viewpoint of authenticity, classified into valid and invalid. Decisions taken at a valid meeting are binding on the members of the association or committee or sub-committee as the case may be whether present at the meeting or not or whether agree or disagree with the decisions.

Decisions taken at an invalid meeting are not binding even though a substantial majority or all the members have agreed with such decisions. For example, even if all the members of a company have ratified an act by the company which is not permitted by the object clause in the Memorandum of Association of the company, the act cannot be valid.

It is the responsibility of the secretary to see that a meeting becomes valid. Other members depends upon  him in this respect.

READ ALSO: The Best Things to Consider When Designing a Modern Office

Requisites of a Valid Meeting:

Within the scope of our study, meeting has to be broadly classified into two: namely:

Public meetings are meetings convened by individuals or bodies and to which there is an open invitation extended to any member of the public. The law of Libel Amendment Act, 1888 defined public meeting as any meeting bona fide and lawfully held for a lawful purpose and for the furtherance or discussion of any matter of public concern, whether admission thereto be general or restricted.

Within the two broad classifications of meetings, there are various types of meetings as defined by the purpose for which the meeting is held. Such are:

Entrepreneurial Skills: How Can...

Get advice on how...

Entrepreneurial Skills: How Can Small Business...

Get advice on how to handle...